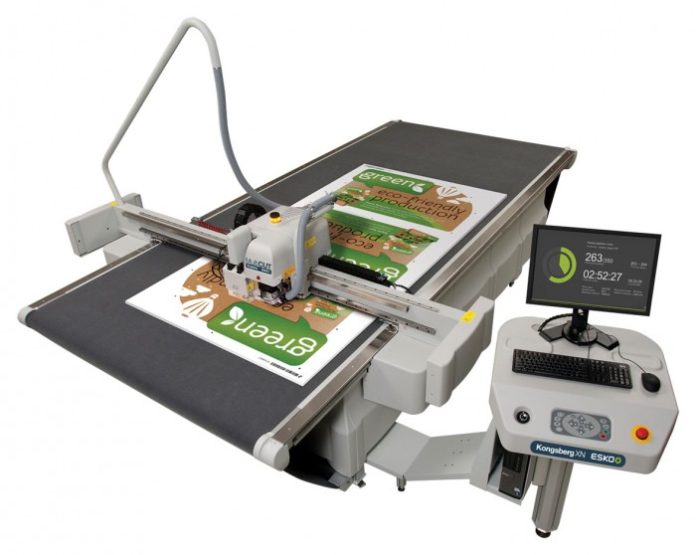 Esko has developed the i-cut Production Console due to the increasingly growing demand for ever more sophisticated production tools. This newly developed front-end operating system will be the common platform for all Kongsberg digital finishing systems.

The system combines the feature set of the XL-Guide tailored for packaging applications and i-cut Vision Pro, the industry standard front-end for cutting and short run productions. Designed for all operations on all Kongsberg tables, the i-cut Production Console forms a solid foundation for any future developments.

Tom Naess, Esko Product Manager CAM said, ‘These tried and tested features are industry favorites, and are now incorporated into a much more intuitive operating system for users. We want to help customers simplify their approach so they can maximise their capabilities. Ease of use is about making complex tasks easy. A good portion of accomplishing this is hidden in great software design created completely from scratch, consulting with user interface specialists to build an efficient system. The iPC instinctively supports the machine operator and displays colours with a meaning, which draws focus to the right area at the right time. It will change the way operators finish a job, and allow them to get even more out of their machine: they will get up to speed faster while improving the output quality. It all leads to less downtime and more efficiency with less training or service intervention.’

The i-cut Production Console is ingeniously designed to guide and support the operator, and incorporates a number of logical, user-friendly features: from its icon-based graphical interface with colour coded alerts and updates, to the ability to follow production progress from a distance.

‘This enables one operator to do other tasks while overseeing the production on a Kongsberg table,’ explained Naess. ‘With clear display functionality and easy to understand icons, every step of operation can be readily identified for a smooth process.’

The legacy of i-cut Vision Pro software along with the Esko XL-Guide that operated previous generations of Kongsberg tables has created a firm base for the iPC to deliver on Esko’s Highest Flexibility promise one common user interface for all tables and all applications, allowing users to easily understand how to expand the capabilities of their machine into different business areas. ‘It’s a platform designed to help operators get jobs done faster and easier, with more options,’ explained Naess. ‘For example, they can pause a run, complete an urgent job or quick prototype, and return to the first batch of work. The result is maximised capacity and uptime with increased efficiency.’

‘As Kongsberg users work with a greater variety of production tools, they want to be prepared for any job and be more efficient, whether they are working on packaging or wide format displays,’ concluded Naess. The development of the i-cut Production Console is also based on extensive input and testing from our users who contributed to the system’s specifications. Their experience was very valuable to identify particular user features that bring ease of use to a next level. The iPC will add even more to the already high popularity of our tables and help customers become more productive than they already are.’

The i-cut Production Console is available now worldwide through all Esko sales and distribution channels for Kongsberg XN and V Series tables. Beginning in 2015, it will become available for most Kongsberg models, including upgrades for existing customers.