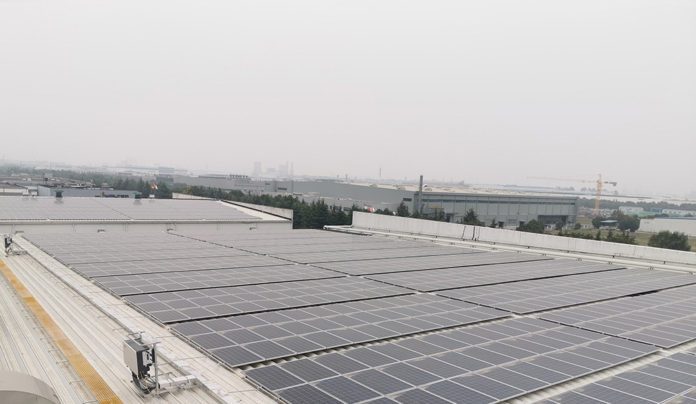 As the first Japanese company to join RE100 in April 2017, Ricoh has undertaken numerous energy-saving and related initiatives. It has also installed in-house facilities to generate renewable electricity and has switched to electricity sources with higher proportions of renewable energy, accelerating its efforts across various sites.

The initiatives undertaken by the production sites, all company facilities for A3 MFP assembly facilities in China, Thailand and Japan, have all switched to renewable electricity this year. Moreover, 10 sales companies (3) in Europe have switched to 100% renewable electricity. As for Japanese domestic initiatives, the Gifu branch of Ricoh Japan, achieved the third-party Nearly ZEB (4) qualification through its comprehensive energy saving efforts and generation and utilisation of renewable electricity. They introduced a solar power generator and an electricity storage device. Ricoh plans to subsequently implement ZEB (5) at other new-build branches and sales sites across Japan in the future.

(5) ZEB: Net Zero Energy Building. A building achieving a significant reduction of energy consumption annually. There are three levels to achieve ZEB per conserving ratio against national criteria. ZEB (100% or more), Nearly ZEB (75% or more) and ZEB Ready (50% or more).

How To Become A Better Boss

Epson Panel Discussion Outlines The Importance Of Printers In Schools

How To Become A Better Boss