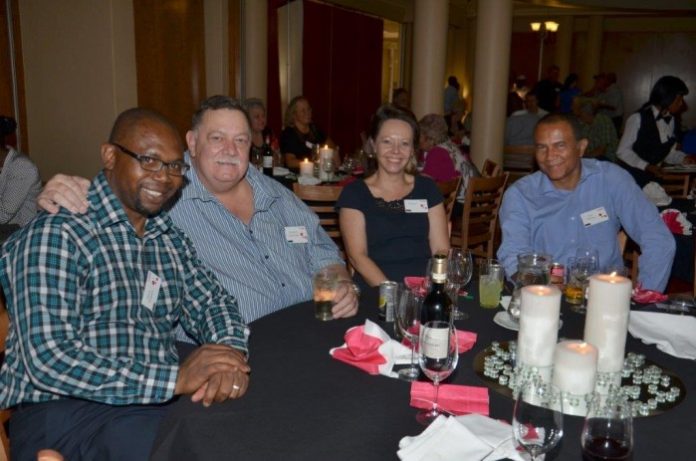 Printing SA held its Northern Chamber Function at Centurion Country Club on 12 November, where members were updated on Printing SA’s achievements in the past year, and its plans for 2016. The event was sponsored by Canon South Africa.

Steve Thobela, CEO of Printing SA, said, ‘We are a trade organisation that represents the interests of the printing and packaging industry, ensuring it is sustainable. It’s our responsibility to deal with any obstacles to this sustainability, and to ensure that our members continue to prosper.’

Other initiatives and projects for 2015 included:

– The structure of Printing SA has been re-organised. The training department has been strengthened with the appointment of Ken Leid as head of the training division.
– Wits graduate course: the 2015 Printing and Packaging Business Management Programme Graduation was held at Wits University on 30 July, where thirteen graduates completed the Johannesburg course. From the 21 students that were enrolled on the Business Management Programme, 17 were bursary students sponsored by Printing SA.
– Printing SA launched its TT skills pool project for their members in 2015. The purpose of the project is to create a skills pool of good quality calibre apprentices to be offered to the industry after they have successfully completed screening, testing and certain courses.
– Screen Printing Project: thirteen graduates from Printing SA’s screen printing project completed the Multi-colour Level II screen printing course, and celebrated their graduation at a ceremony held at the organisation’s Midrand office on 16 October 2015. The project up-skills unemployed women in the rural/township areas and teaches empowers them with screen printing and entrepreneurial skills.
– Thobela announced that Itumeleng Mashao will replace Louise Moralee who will be retiring at the end of 2015 after serving the organisation for more than sixteen years.
– The organisation has drawn up a new constitution that will allow it to expel members that do not conform to the values of: Professionalism, Integrity, Fairness, Sustainability and Accountability.

For 2016, the organisation has announced that it will deal with, among other things, the Air Quality and Waste Management Act. Printing SA is in the process of finalising a memorandum of understanding with the Department of Trade and Industry, making it easier for members to purchase equipment.

Zama Zulu, Marketing Manager at Two Sides South Africa, also outlined the projects the initiative has completed in 2015, including the new website that serves as a wealth of information that counters negative perceptions about the printing industry. Two Sides South Africa also released a Myths and Facts booklet, which touches on common misconceptions the public has about printing and packaging. Two Sides South Africa’s aim is to raise awareness of the campaign to the same level as other countries. To this effect, a marketing strategy for the organisation is being finalised.

How Do You Promote Wellbeing In The Workplace? Register For Our Free Webinar To Learn More

Video: Health Squared and Agility Discuss Health And Wellbeing In The Printing Industry

Free Webinar: Prioritising Wellbeing In The Printing And Packaging Industry