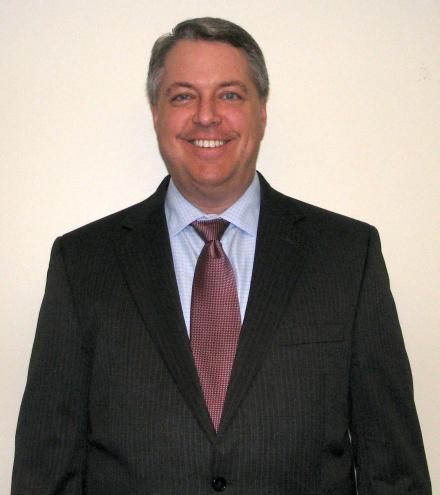 Hybrid Software’s new approach to integrating hardware, software and workflows has been applauded by many in the graphic arts sector, resulting in the Pennsylvania-based company’s expansion plans taking a major leap forward last year with the formation of Hybrid Software NV in Kortrijk, Belgium, which is the European headquarters, and Hybrid Software GmbH in Freiburg, Southern Germany. This was quickly followed by the first sales for its products in Europe and Latin America, as well as the Middle East.

Hybrid Software celebrated its fifth anniversary with a staggering increase in turnover in North America of more than 50 per cent compared to 2010, while in December the company achieved its highest ever level of sales in a single month, winning orders for around R3.7 million ($500 000). Employee numbers in North America were increased to 17.

Hybrid Software’s presence in the global printing and packaging markets becomes stronger almost every week, said founder and CEO Mike Rottenborn. Our Order Lifecycle Management concept has been received with huge enthusiasm across a wide range of sectors. OLM meets head on the enormous challenge of how to improve order processing efficiency throughout the entire production cycle, which is even more important to achieve during the economic difficulties facing most printers today.

The first six months in operation have been a resounding success for the two new European companies, with 11 employees in Europe and sales outstripping all initial expectations. Ten European orders have been received in the first six months, including major orders within the German speaking territories, which are handled by Hybrid Software GmbH.

The extremely positive response that we’ve received has been very encouraging, particularly so soon after our formation, said Christopher Graf, managing director of Hybrid Software GmbH. We are currently in the process of a major implementation at a leading pharmaceutical printer with multiple locations and a wide range of different production processes and products, including digital printing. The benefits to them of having all relevant data accessible in a single, user-friendly web-interface are huge.

During the last six months the group’s worldwide distributor network has also grown significantly, with new appointments made in Australia, Hong Kong, Europe, Latin America and North America. The company’s office in India now employs four people. Heading the new European subsidiary in Belgium is Jan Ruysschaert, who is well known in the industry for the leading roles he played while at Artwork Systems and Esko.

For thirty years I’ve worked for major graphic arts suppliers that provided systems and software for pre-press applications and I’ve never come across an approach to integration in the way that Hybrid Software has taken with its Order Lifecycle Management concept, said managing director Jan Ruysschaert. OLM turns on its head conventional thinking about how to integrate a company’s existing hardware, software and workflows. By treating integration as a product, printers have, for the first time, the opportunity for low cost of ownership in this area.

Printing companies, whether they operate in the field of labels, packaging, screen and signage, digital or conventional offset printing, inevitably end up using a mixture of pre- press equipment and workflows as well as planning, accounting, administration software and databases that have been purchased at different times from various sources. Invariably, these products do not communicate with each other, which often results in significant levels of inefficiency, mistakes and wastage.

JDF is not compatible with many legacy systems, and traditional integration methods are too expensive and lengthy for many printers to consider. With margins today generally so tight, even the smallest error in job specifications or graphics can easily eliminate the profit on a job, and Hybrid’s products prevent this by providing a high level of process automation using a printer’s existing production systems. One North American carton printer cut file-related reprints to zero immediately after implementing Hybrid’s Job Management SystemTM in its production facilities, said Ruysschaert.

The main product in the portfolio is FaceLift, which provides seamless integration between production workflows, MIS/ERP systems, third-party websites, external databases and other sources of digitally held information. It enables total transparency of what is happening to the job, between the initial order and its delivery. Users can create their own templates to encompass every stage of the order’s lifecycle, regardless of the printing process or product being produced.

FaceLift provides a powerful toolset for JDF integration between production workflows, which require very specialised parameters, and MIS systems, which typically have very generic pre-press instructions. FaceLift can act as an intermediary tool to seamlessly map data between these systems without the need for custom programming.

All of Hybrid’s products operate via web browser technology and provide vendor- independent solutions based on industry standards such as JDF/JMF and SQL, says Jan Ruysschaert. We will handle the process of integration for a customer if required, but in most cases they carry out this task themselves via the easy to use tools provided by FaceLift. This is largely why the cost of integration is so low. In addition, integration can usually be achieved quickly, without the cost and risk of a custom software development project.

One of the options with FaceLife is FrontDesk, an interface between the customer and the printer. This provides a web-to-print portal that offers customers powerful file upload and download facilities plus comprehensive job interaction, from on-line ordering through all stages of tracking, proofing and approvals to delivery of the completed work. Optional components of FrontDesk include integrated soft proofing and annotation systems from industry-leading vendors, on-line editing and variable data, and powerful campaign management and store profiling tools for high-volume retail applications.

Also included in the product portfolio is FileForce, which connects multiple production or printing sites within an enterprise environment, resulting in the ability to benefit from the enormous efficiencies that can be obtained by load balancing and file sharing between sites. FileForce does not require a centralised file server or DAM system, but instead works in conjunction with local file servers at each location. File versions can be moved, copied, harvested, scrapped, archived and tracked precisely across multiple sites as revisions occur throughout the order lifecycle. Files are managed highly effectively at every stage of their life, but they are not altered in any way.

Hybrid customers range from medium sized companies to large print groups spread over many sites. The company can integrate any standard database platforms and already has close working relationships with MIS vendors such as EFI, Solarsoft, CRC, EPMS and others, as well as content management companies such as ADAM.

No-one has approached the integration of existing hardware, software and workflows – online ordering, production, MIS, financial systems etc – in the way that Hybrid Software has. From the reactions we’ve had over the last twelve months we are expecting a very busy drupa! said Rottenborn.