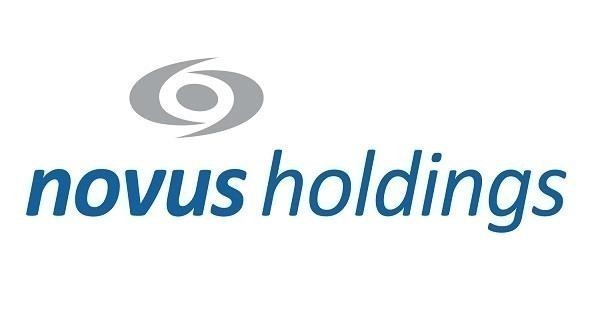 Earlier this year, Plastics SA released the audited results of the biggest pollutants found on our beaches during 2017. The majority of waste was food wrappers, plastic containers, bottle caps and lids, a trend that John Keiser, sustainability manager at Plastics SA, attributed to human behaviour that needed to change. He added that plastics are valuable as they make our lives easy, but they do need to be disposed of responsibly to avoid filling up landfills, waterways and oceans.

In the spirit of National Recycling Week, which took place from 10-15 September, Tim Stewart, Executive: Packaging at Novus Holdings, looks at the issue of plastic pollution and asks the question: what really needs to change?

Acknowledging that marine pollution is one of the biggest challenges we face today, environmental affairs minister Edna Molewa revealed in May this year that her department would be launching the Keep South Africa Clean campaign to get South Africans to stop littering. The campaign aims to change attitudes and behaviour towards waste – and enable people to take responsibility for keeping their communities clean.

Littering has unfortunately become commonplace, which is easily seen along the highways, our streets and neighbourhoods. Litter is a threat to our tourism industry, and that in turn, could threaten job security. In addition, our takeaway culture has seen us increase the use of single-use plastics and throwing it away.

What can fix it? Education and awareness is the first step, but we also need to accept that behavioural change is required. Plastic will always be around. It is our responsibility to commit to throwing our waste away – or better yet, recycling it – instead of simply dumping it on our streets. A litter-free society begins with our own individual attitudes and behaviour.

Anton Hanekom, executive director of Plastics SA, recently said that recycling works well in South Africa because there is a financial imperative, whereas in Europe, it is the right thing to do. Locally, we rely on manual labour to sort the waste and recycle, whilst overseas, the entire process has become mechanised.

Low-density polyethylene (PE-LD and PE-LLD) packaging films continues to be the most widely recycled material in South Africa. With around 80 million tonnes being produced annually around the world, it is the most common plastic and is primarily used in packaging such as plastic bags, plastic films, wrappings, geomembranes, rotational moulded tanks, etc.

Essentially, we have to become more responsible with the materials we use, and therefore recycling is absolutely necessary as the population grows. As Hanekom recently said, ‘the relevance of recycling is becoming more prominent as the image of plastics and the drive to create a long-term, circular economy demand end-of-life solutions for plastics packaging and plastics in general.’

Many local retailers have started making a concerted effort to do their part in reducing plastic waste and are introducing different alternatives for single-use plastic bags. However, all materials used (plastic, paper, cotton or fabric) have an impact on the environment.

A recent study* done by the Danish Environmental Protection Agency finds that plastic bags are, contrary to popular belief, kinder to the environment than many other re-usable bags, such as cotton or cloth bags.

‘This is because the entire production cycle isn’t taken into account when people assume that cotton bags are better for the environment. For example, it can take more than 20,000 litres of water to produce 1kg of cotton,’ said Stewart.

The study went further to say that cotton bags have the worst impact on the environment; an organic cotton bag would have to be reused at least 149 times to make up for the negative production methods used to produce it. It found that plastic bags made out of LDPE plastic, like the ones found at retailers, have by far the lowest impact on the environment. In addition, it found that plastic bags should ideally be used as a garbage bags rather than disposing of them directly as waste. Other ‘heavy’ plastic bags made out of polypropylene, recycled PET-plastic and polyester by contrast, should always be recycled.

Forming part of Novus Holdings’ greater packaging offering, ITB Plastics offers a 100% recyclable LLD plastic bag that is also washable. This bag is also made from recycled material; is thicker than an ordinary plastic grocery bag (a sturdier product with added strength – robust for carrying up to 20kg) and, it can be used up to 200 times (before being handed in for responsible recycling).

A shift in perception and behaviour can go a long way to fixing the problem of plastic pollution. For this to work, all stakeholders have to work together. Plastic is a material with many benefits, and contributes greatly to job creation and the economy. Making better choices through not discarding single-use plastic, recycling and using plastic responsibly all plays a part. As Hanekom said, plastic really can become the environmental hero.