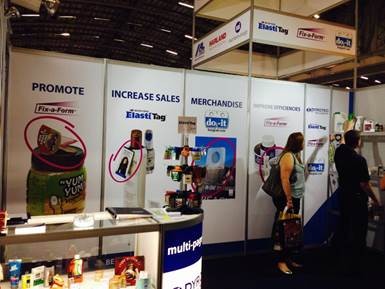 Brandon Pearce, General Manager of Pyrotec PackMark said, ‘Following on from another successful year, Propak was bigger and better than we expected. The planning and advertising behind the eventwas easily visible by the level and increase in the amount of delegates who visited our stand, as we met up with more influential decision makers.’

PackMedia, a brand within Pyrotec that specialises in on-pack solutions to promote, identify and market a wide range of FMCG items, also showcased a selection of its product ranges at the show. The range of on-pack solutions includes informational and promotional Fix-a-Form®, ElastiTag® and Do-It® Hang Tabs.