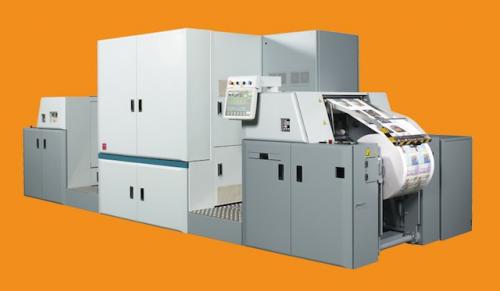 Swiss Post Solutions AG, a subsidiary of Swiss Post, will produce issues of MyNewspaper, the first customer-individualised newspaper in Switzerland, on an Océ JetStream® 1000. In a pilot project, Swiss Post investigated both the demand for, and the technical feasibility of, a personalised daily newspaper. The results showed that the realisation of such a newspaper is feasible both from a technical and content perspective.

From November 2011 onwards, a one-year market pilot will allow the commercial viability of a printed personalised newspaper to be analysed in detail, and, if successful, final implementation to be carried out.

Swiss Post is in this way responding to a real customer need and is opening up a new distribution channel for publishers. The target groups for MyNewspaper include several hundred thousand readers from Germany who live and work in Switzerland.

The company has been operating the Océ JetStream 1000 since the middle of 2010, mainly for transaction and TransPromo applications in day shift operation. MyNewspaper now permits additional capacity utilisation of the system during the night shift.

With the Océ JetStream series, the company offers a product family that, in its quality, performance and costs, is optimally tailored for the digitally-printed newspaper market. Over 1 000 36-page tabloid newspapers per hour can be printed in high quality and in full colour on original newsprint on the printer.

For Roland Glauser, MyNewspaper Project Manager at Swiss Post, the printer is the optimal product for implementing the personalised newspaper concept. The many years of experience possessed by Océ in the printing of fully variable data considerably simplified implementation of the project. The company is the ideal partner for the implementation of this innovative project over the long term.

Manroland Goss Technology To Be Deployed At Newspaper Company