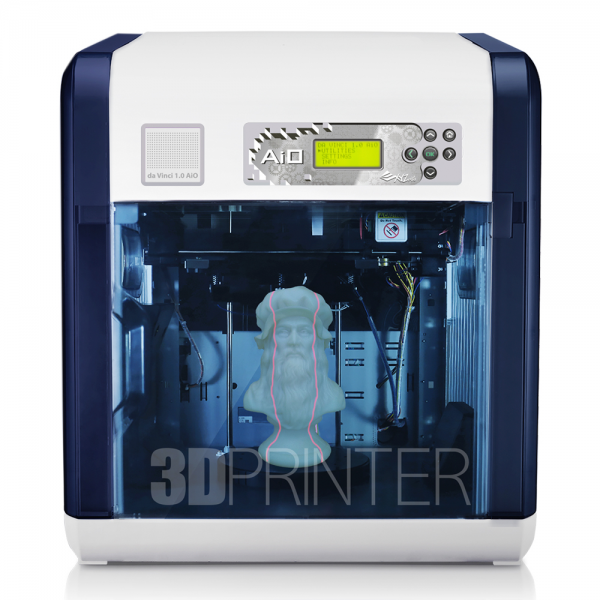 Mustek Limited was selected as the official distributor of XYZprinting’s range of 3D printers in South Africa.

Mustek will initially offer two models, the Da Vinci 1.0A and the Da Vinci 1.0AiO. The multi award-winning Da Vinci series is targeted at the consumer market and is equipped with extension functions such as a touch panel and built-in scanner. The plug-and-play Da Vinci 1.0A is 20% larger than other desktop 3D printers in its class, with a 20 x 20 x 20cm build model.

The Da Vinci 1.0AiO allows users to scan and print 3D objects from a single machine without prior experience or modelling knowledge. It has a build volume of 20 x 20 x 19cm, and all models give users access to the XYZ 3D Design+ Cloud service.

What was once an exclusive, costly technology, 3D printing is becoming more affordable and accessible as the technology evolves and interest in the industry grows. Gartner predicts that worldwide shipments of 3D printers will reach 217350 units in 2015, up from 108 151 in 2014, and that shipments will more than double every year between 2014 and 2018, by which time they are forecast to reach more than 2.3 million units.

Anle Els, XYZprinting Product Manager at Mustek said, ‘The Da Vinci range puts 3D printing into the hands of ordinary citizens, opening up the market and presenting exciting opportunities for anyone who wishes to experiment with the technology. 3D printing is a developing market, constrained only by our imaginations – consumers will soon be manufacturers of anything from food and crockery, to car parts and furniture. We’re thrilled to be able to provide South African consumers with affordable 3D printing technology that enables them to develop new products and explore new industries, which of course will have a positive economic impact.’

‘South Africa is a progressive market, with consumers adopting new technology eagerly and quickly. This has allowed us to expand our product offerings beyond everyday technology to offer everything from desktop and tablet computers, to smart phones, solar products and now 3D printers, bringing more value to the end customer. We’re excited to partner with XYZprinting to offer this technology to South African consumers and to bring increased value to our channel partners,’ said Hein Engelbrecht, Managing Director at Mustek Limited.

The Da Vinci 1.0A received the CES Editor’s Choice Award 2014, Best of CES 2014 Award, and is the top selling 3D printer on Amazon. The Da Vinci 1.0AiO was awarded the Best of Computex 2014 title, as well as the Envisioneering Shop Stoppers Innovation and Design Award 2014.

Printers and filaments are available exclusively through Mustek.

Free Webinar: What You Need To Know About The Energy Performance Certificate

Canon Highlights Productivity And Application Diversity Of Its Printers