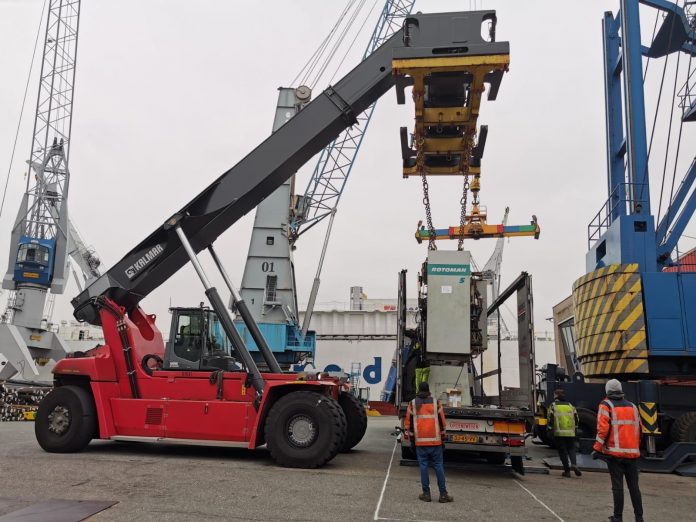 Modern Arab Establishment for Printing and Publishing is known as the oldest private printing company in Egypt and today is still one of the largest publishers and printers of school books in the country. The manroland Goss subsidiary GWS has had a good relationship with the customer for almost 10 years.

Modern Arab, with its headquarters in Cairo, opted for a used ROTOMAN press that is now going to be moved from Bechtle Druck, Germany, all the way to Egypt. For the relocation and implementation, the Egyptian printer chose GWS Printing Systems (GWS) and manroland Goss as their preferred partners.

The ROTOMAN press for Modern Arab Establishment is the third press supplied by GWS since 2015. The used ROTOMAN press from 2001 shows a cylinder circumference of 630mm, a maximum web width of 965mm. It is a 4 unit press with 1 web, 1 dryer and a folder for quarterfold production.

The dismantling was carried out by a joint team of technicians provided by the client, manroland Goss and a GWS supervisor. The technical project management has been in the hands of manroland Goss and GWS as well, so the two partner companies could once more prove their competences as web offset service providers and high-performing business partners.

GEW Appoints SArepco As Its Key Distributor In South Africa

The Printing Industry Is Contributing Positively To The Circular Economy